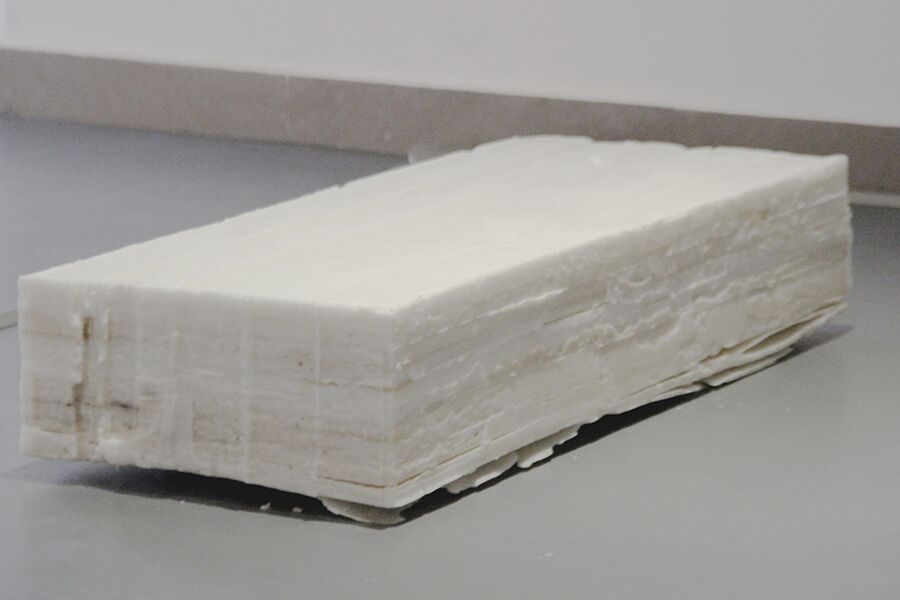 “Hyena” by Przemysław Branas is essentially a trace of the artist’s activity created over an extended period of time. The work comprises scarce photographic documentation of a process completed by the artist, as well as the outcome: a wax cast in the shape of a small coffin from the nineteenth century. For nine months Branas paid regular visits to cemeteries in order to pick up discarded grave lanterns and candles from rubbish bins. At the same time, he would recast the found objects in his own kitchen, and later basement, into the object on display.

This cemetery “recycling” processed the remnants of grave candles into a different artefact from the repertoire of material culture that accompanies death. The artist’s extension of the “death-cycle” can be understood with reference to cultivating the memory of the departed, but also to a persistently recurring form of mourning. Such unaccomplished mourning is a major component of the idealized identity of the Polish nation, which perceives historic defeats as a source of pride and a sacrifice offered by “Poland, the Christ of Nations.” Akin to mourning that has not been worked through, and continues to reappear in a reflection on “Polishness,” the artist persistently keeps the traces of memory of the anonymous departed from disappearing.